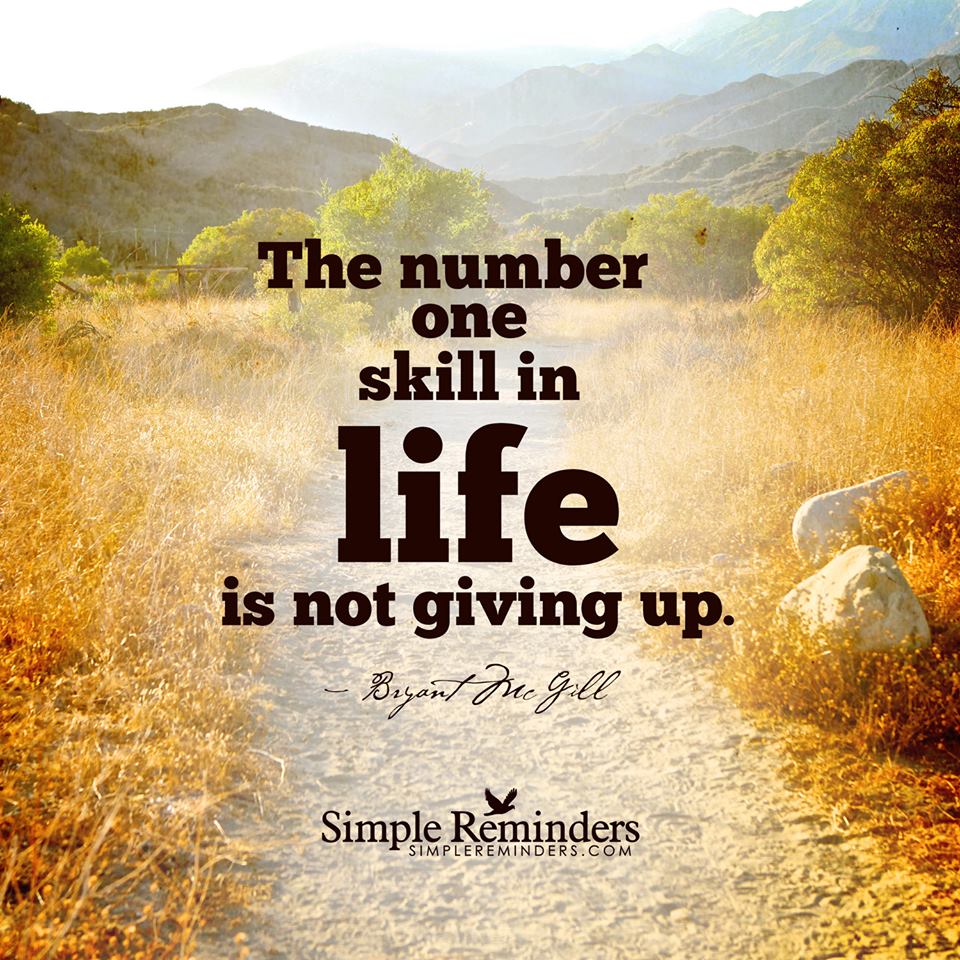 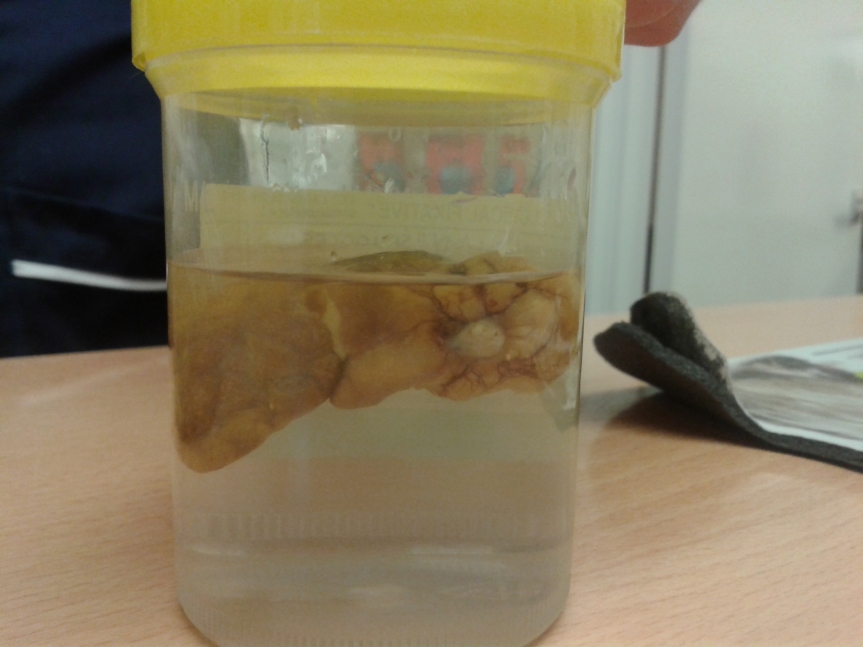 I saw the ‘Never give up’ photo on Facebook, and knew that I must do exactly that. Snuggles has been fighting for her life and I wasn’t about to give up on her.  Even though my mum’s vet in Dawlish suggested she may need to be put to sleep, my own vet in Exeter, said there is a slim chance she may survive the operation and he would perform it. She had 3 fatty lumps removed and her ovaries and uterus that they were attached to. The photo is of the smallest lump that was removed. She pulled through the anesthetic well, which is a miracle, and is recovering in the vets tonight. One major problem still remains, her liver is badly damaged with fatty degeneration. It is yellow and may or may not repair itself. I have to cut veg down or out of her diet completely and have all in one pellets. She needs to start eating again by herself, instead of being syringe fed. This is a huge concern.

I went to the vets to drop some food off for her, before I found out her diet must be changed. I was allowed to give her hugs, but felt like I was going to faint. The room went grey, I felt sick, dizzy and over-heated. I had to end my time with Snugs, quicker than I wanted to, but I didn’t want to drop her. With looking at that lump and seeing her half the size of the skin and bones she was before she had the op; plus the pink stream from where the injection and maybe blood had mingled in her coat, and the smells, and her moaning in pain, it’s no wonder I nearly passed out. Snuggles is a brave warrior, braver than me, and my hero for eternity. Miss her tonight. As I do every night I don’t see her.

I got that pretty necklace from Disneyland Paris and I wear it a lot. It reminds me that dreams can come true, that wonderful things can happen, and that magic and miracles can occur. I rub it and believe it so much. I also believe in Snuggles and in never giving up!

Unfortunately, Snuggles has stopped eating and drinking again by herself. The vets in Dawlish where my mum lives, could not find the cause when examing her yesterday morning. That same day, my own vet in Exeter, who had just returned from holiday that day, found a mass in her tummy. He knew it just from feeling her tummy and an ultrasound confirmed it.

The lump is either a tumor or an enlarged liver, due to her not eating much. On Thursday 23rd of October, she will have surgery to determine what the lump is, and if it can be operated on. She is weaker than should be to undergo an operation and anaesthetic. Please wish her good luck.